Me (Too Much Information), Pop Culture Nerdism

What to do in case of a vehicular near-accident

I’ve never been a fan of giving people the middle finger while driving. It’s such a cliché. In today’s world, do people even care about a random person in a random car flipping them the bird? Does it even register? It seems to me too easy to ignore. Crap drivers are probably expecting the finger at this point. In fact, you’re actually giving them closure by flipping them off.

A few years ago, I was driving down a street and the only other car in sight was moving slowly on the other side of the road. Inexplicably, this crazy dame decided to make a hard left during the precise 5 second period that she would hit me if she did so. She hit the brakes and skidded to a stop less than five feet from my driver’s side door. As I grilled her through my window, she sheepishly looked at me and waited for me to raise hell. In an inspired moment, I didn’t yell and I didn’t get angry. I remained calm and applauded her. I began clapping. It was the most condescending sh*t ever. She had no idea what the f*ck was going on. My face bereft of emotion, my car blocking her from moving, my hands clapping non stop. It felt so much more satisfying than the finger ever could. By clapping, I simultaneously belittled and confused her. I’m sure she will never forget it. Perhaps now,she is an actress or a musician and to this day, when people clap, she thinks they are f*cking with her. All because of me. And so it was that the hand clap became my go-to move in case of vehicular shenanigans…What else could be that good? I found out yesterday.

This entire week, I have been trying especially hard to sell one specific company our seafood and I have done everything they have asked. Free samples. Low prices. And these guys still aren’t buying. I’m losing patience.

Yesterday was “one of those days”. I woke up feeling sick and it got worse from there. Everything was surreal. My nerves were a mess and my hand was shaking as I grabbed my milk in the morning.  I was a broken man by 9am. I couldn’t believe it. I was so stressed, my head felt like a million little pins were being pushed into it. 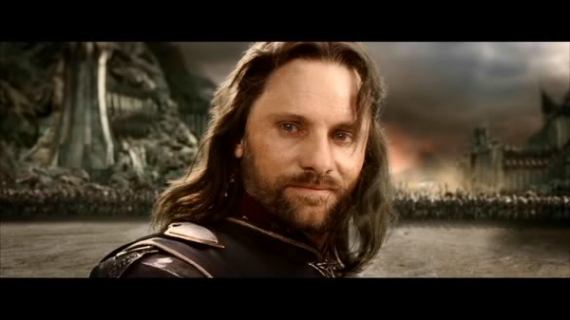 You need to CHILL.

I decided to go to Best Buy because I had a ten-dollar credit there and I figured if I got a good CD out of it, I would feel better. I was looking for either of two Of Montreal albums. I walked to the music section, to the rock/pop section, to the O section. My eyes drifted over Oasis, O.a.r, Offspring and Ozzy Osbourne…but no Of Montreal.  I called over some douchekid who worked there and asked him “Do you have Of Montreal?” and he said to me “Uhhhhhhhh”. I waited. Then, this clown said to me “right here” and pointed at the Offspring. I kept hearing that “Pretty fly for a white guy” song in my head as I explained to him “Uhhhhhhh, not OffSPRING, Of Montreal.” This dude blew me away not because he had not heard of Of Montreal but because I’m positive he had never heard of the city of Montreal itself. Seriously. I walked out with two movies instead, Stranger than Fiction and Honeymoon in Vegas for $4 each.

So, I was out of sorts and nothing was making me feel any better. I was at my wit’s end when I received a call on my celly from a random number. It was the company I have been trying to do business with for weeks. It turned out that they had put in an order the previous night and had been waiting for me to get back to them for twelve hours while I was busy having a nervous breakdown under a tree, chewing my nails, tossing pebbles and questioning modern life.  I took the call, checked my email and decompressed like WHOA. Literally, it felt like those one million pins sunk out of my head in that instant. I had checked my email every ten minutes for months so of course I finally got a big order the day I stopped checking altogether.

I headed to the office to process the sale. So there I was in the fast lane, blasting INXS, thinking on the agony and ecstasy of the day. When. A. Blue car in the middle lane changed lanes right into my space, forcing me onto the shoulder where I honked my horn till the douchecar moved back to the middle lane. We were both moving at high-speed and I needed to keep my hands on the steering wheel. Damnit. Clapping would not work. I had about ten seconds to come up with something good. There were 2 girls in the car and they were trying to avoid eye contact. So I honked. And they looked over.

And I threw a fish at their car.

No, I didn’t. I looked over and gave them the Commodus. I stuck out my thumb, sideways as hell. They were puzzled.

And then, I gave the slightest fake upward and hesitated as long as I could before delivering a CRUSHING THUMBS DOWN. Boom. Checkmate. And so it was I set a new standard in degrading bad drivers. In conclusion, Remember: Use the clap when at a standstill, use the Commodus when moving and check your email frequently.