Soon after LeBron James took his talents to South Beach, I was watching a youtube clip of “The Decision” when I saw that someone had transcribed this scene from “A Bronx Tale” and posted it in the comments section except instead of Mickey Mantle and the New York Yankees, he substituted LeBron James and the Cleveland Cavaliers. It went something like:

Sunny: What are you, a Cavs fan? Sit down. So you must be pretty upset after the Cavs lost?

C: Rajon Rondo, I hate him, he made LeBron James cry, the papers said King James was crying.

Sunny: LeBron James, is that what you’re upset about? LeBron James makes twenty million dollars a year, how much does your father make?

Sunny: You don’t know? See if your father can’t pay the rent, go ask LeBron James, see what he tells ya. LeBron James don’t care bout you so why should you care about him? Nobody cares HAHA.

FROM THAT DAY ON, I NEVER FELT THE SAME WAY BOUT THE CAVS AGAIN.

Back in the day, 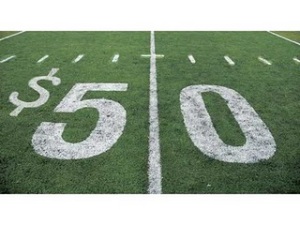 I clearly remember thinking how wrong Sonny was, how he didn’t know how great it felt to be a fan, to be an extension of the team. Those Knicks teams of the 1990s had me feeling good.

Now, I kind of agree with Sonny. Enjoy the wins but don’t beat yourself up about losses. It’s not worth it. If that means the wins don’t mean as much…c’est la vie. I’m ready after a decade of Knick beatings, zero playoff wins,  Isiah Thomas, Eddy Curry, Starbury, the highest payroll in the league and and the worst owner in sports.

And about football, Darrelle Revis is holding out on the Jets and it looks like they are worlds apart in negotiations. I don’t give a sh*t.

I don’t blame Revis for holding out.

I don’t blame the Jets for not paying him.

Don’t blame me for tuning out.

Sports is a business just like selling food or selling real estate. It’s the exact same thing with one huge exception. In the case of sports, these businesses are usually supported no matter how poorly they perform simply based on nostalgia. It’s more glamorous and the products have cooler names like Kobe, Dirk and Peyton, that’s all. If the owners of the Knicks ran a restaurant, those doors would have been boarded up ages ago. Anyway, I’m done paying attention to sports matters that happen outside the lines. When I go buy a hamburger, I don’t want to know about the negotiations for the buns and pickles. I just wanna eat mang.