I’VE been taking a ton of photos lately and I’ve really come to love my Nikon. I bought it a year ago in Korea and it was expensive. I felt a little buyer’s remorse since it was a total impulse buy. I had researched Canons for weeks when I went to the Bupyeong Underground with Yong, the social worker from my school and an avid photographer. He had a Canon but kept advising me to buy a Nikon based on the photos I had taken throughout my first year in Korea. His logic went “Canon looks real, Nikon looks like a painting. I like real. I think you like paintings.” I switched from Canon to Nikon based on this and the fact that my Nikon cost substantially less than a Canon. Hey, I like paintings, you know. I had the camera for my last six months in Korea and I got some awesome shots of my elementary school students and random sights here and there. As time passed, I finally learned the basic tricks of it and I especially loved the photos I got of my friends on my last night in Korea as well as the pics I snapped in Japan, Germany and Holland. I thought for some reason that I would hang up the camera when I got back stateside, but it’s been the opposite. This addiction to photography has made me constantly seek out fun and colourful scenarios to capture on camera. I haven’t been going out and drinking at all, it seems like every weekend has revolved around me getting some good photos. And I’ve been loving it. I’ve reached the point where I’m getting some photos that make me feel good, like how I feel after I write something I like. I guess it has to do with capturing something in a moment in the manner that you want to convey it. Damn, I sound like a pretentious tool right there. Oh well, I love this sh*t.

I took photos galore at the Men’s semi finals at the U.S Open last week. It was fantastic taking photos of two of my all time favorite athletes, Roger Federer and Rafael Nadal. I’ve said before that while writing, I’ve come to appreciate the work and effort people put into writing a movie. Likewise, photography has made me appreciate the art of a good movie shot even more, the angles, the depth and the colours. I’m ecstatic to capture one second well and it makes me marvel at directors like the Coen Brothers who sustain visual excellence for an entire 90 to 120 minutes. When I watched the Hudsucker Proxy this week, I tried to think of better shots or angles or any way to improve the movie visually and I just could not. It’s perfect. Now, add to that, perfect writing, music, acting, pacing and costume and set design. These quality movie directors are the Van Goghs and Picassos of our time. They’re extraordinary. Their paintings move. 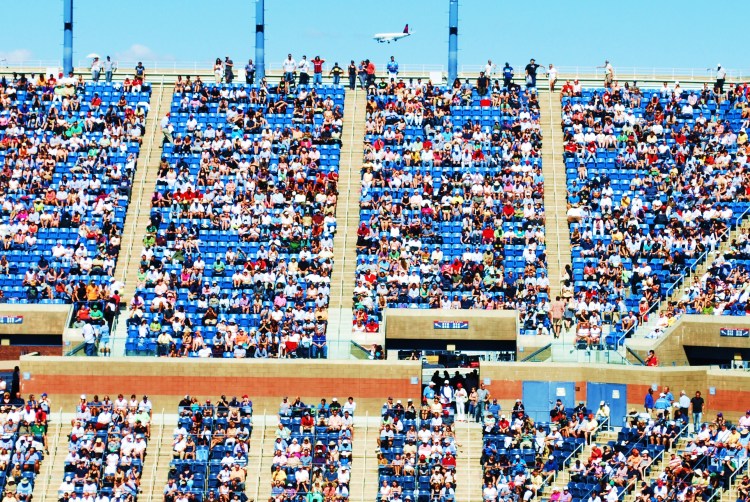